Boom Third Post this night, thank you Starbucks White Chocolate Mocha
This movie was so cute, adorable, and just perfect. It is a British film that was released on October 22, 2014 in the United Kingdom. It stars Lilly Collins as Rosie and Sam Clafin as Alex (you will always be Finnick in my heart R.I.P.) The movie centers around their relationship and their relationships with other people.

END_OF_DOCUMENT_TOKEN_TO_BE_REPLACED

“The Boathouse collects misfits. Strange solitary creatures that yearn for contact with the outside world, but not too much. They sit, glass in hand, either staring at the table in front of them, or at some distant point on the horizon.” … so says the narrator of Our Beautiful Child. And he’s been around long enough to know. People end up in this town almost by accident. Ella is running away from her nightmares, Sally is running away from the memories of previous boyfriends and Rona is running away from university. Each of them seek sanctuary in the 18th century pub, The Boathouse; but in fact, that’s where their troubles begin. Ella finds love, a moment too late; Rona discovers a beautiful ability which needs refining before she gets hurt; and Sally meets the captivating Murray, who threatens to ruin everything. Three women. Three stories. One pub.

END_OF_DOCUMENT_TOKEN_TO_BE_REPLACED

So technically its the first date of March but I’m still catching up on school school and dealing with some issues but hopefully I will be more on track come this month.

END_OF_DOCUMENT_TOKEN_TO_BE_REPLACED

In honor of the 2015 Harry Potter Read-A-Thon, every Monday, I’ll be posting an update here at Brewing Up Books as to my own reading progress, as well as a discussion that you’re more than welcome to continue onto your blog.

END_OF_DOCUMENT_TOKEN_TO_BE_REPLACED 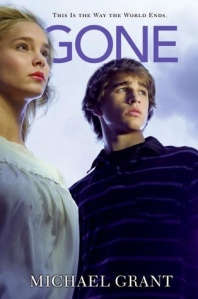 The first in New York Times bestselling author Michael Grant’s breathtaking dystopian, sci-fi saga, Gone is a page-turning thriller that invokes the classic The Lord of the Flies along with the horror of Stephen King.

In the blink of an eye, everyone disappears. Gone. Except for the young.

There are teens, but not one single adult. Just as suddenly, there are no phones, no internet, no television. No way to get help. And no way to figure out what’s happened.

Hunger threatens. Bullies rule. A sinister creature lurks. Animals are mutating. And the teens themselves are changing, developing new talents—unimaginable, dangerous, deadly powers—that grow stronger by the day. It’s a terrifying new world. Sides are being chosen, a fight is shaping up. Townies against rich kids. Bullies against the weak. Powerful against powerless. And time is running out: On your birthday, you disappear just like everyone else…

Michael Grant’s Gone as been praised for its compelling storytelling, multidimensional characters, and multiple points of view.

END_OF_DOCUMENT_TOKEN_TO_BE_REPLACED

A portrait of the Jazz Age in all of its decadence and excess, The Great Gatsby captured the spirit of the author’s generation and earned itself a permanent place in American mythology. Self-made, self-invented millionaire Jay Gatsby embodies some of Fitzgerald’s–and his country’s–most abiding obsessions: money, ambition, greed, and the promise of new beginnings. “Gatsby believed in the green light, the orgiastic future that year by year recedes before us. It eluded us then, but that’s no matter–tomorrow we will run faster, stretch out our arms farther…. And one fine morning–“Gatsby’s rise to glory and eventual fall from grace becomes a kind of cautionary tale about the American Dream.

It’s also a love story, of sorts, the narrative of Gatsby’s quixotic passion for Daisy Buchanan. The pair meet five years before the novel begins, when Daisy is a legendary young Louisville beauty and Gatsby an impoverished officer. They fall in love, but while Gatsby serves overseas, Daisy marries the brutal, bullying, but extremely rich Tom Buchanan. After the war, Gatsby devotes himself blindly to the pursuit of wealth by whatever means–and to the pursuit of Daisy, which amounts to the same thing. “Her voice is full of money,” Gatsby says admiringly. His millions made, Gatsby buys a mansion across Long Island Sound from Daisy’s patrician East Egg address, throws lavish parties, and waits for her to appear. When she does, events unfold with detached, cynical neighbor Nick Carraway acting as chorus throughout.

END_OF_DOCUMENT_TOKEN_TO_BE_REPLACED

This show is amazing. Most people, probably all over the world, have herd about this show. It centers around a Dutch and Dutchess’s family along with the staff that runs the estate. Lord Grantham is the main man of the house, but really his butler, Carson, runs the show. Lord and Lady Grantham have three daughters, which at the start of the shows are all teachers. Lord Grantham’s mother also is main facet to the show.

One of the main reasons why I love this show is the time period a of the show. The early 20th century was a time of great change all over the world. It brilliantly displays the progression of the old world to the new world. I had the oppertunity this past Christmas to actually see some on the costumes used in the show first hand. The amount of detail that goes into each costume in so short of time is truely amazing. Currently Downton Abby is on its fifth season. I’m not sure how long it’s going to last becuase it now takes place in the mid 1920s. I would love to hear your thoughts on this show if any of you watch it.

Injured and on the run, it has been seven days since June and Day barely escaped Los Angeles and the Republic with their lives. Day is believed dead having lost his own brother to an execution squad who thought they were assassinating him. June is now the Republic’s most wanted traitor. Desperate for help, they turn to the Patriots – a vigilante rebel group sworn to bring down the Republic. But can they trust them or have they unwittingly become pawns in the most terrifying of political games?

END_OF_DOCUMENT_TOKEN_TO_BE_REPLACED

In honor of the 2015 Harry Potter Read-A-Thon, every Monday, I’ll be posting an update here at Brewing Up Books as to my own reading progress, as well as a discussion that you’re more than welcome to continue onto your blog.

END_OF_DOCUMENT_TOKEN_TO_BE_REPLACED 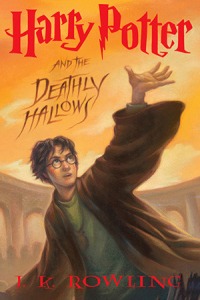 Harry is waiting in Privet Drive. The Order of the Phoenix is coming to escort him safely away without Voldemort and his supporters knowing – if they can. But what will Harry do then? How can he fulfill the momentous and seemingly impossible task that Professor Dumbledore has left him?
The epic finale to an epic series.

END_OF_DOCUMENT_TOKEN_TO_BE_REPLACED

We’ve decided to introduce a new weekly meme here at Brewing Up Books…Sunday Stumper!  Each Sunday, we’ll be posting a literary based challenge, puzzle, game, etc. that can be downloaded on a computer, tablet, or smartphone (or even printed out).  The following week, we will post the correct solution to the puzzle, along with a new one.  You can complete the puzzle at your leisure throughout the week, and, if you manage to finish it, you can email it to us (brewingupbooks@gmail.com) for a chance to be featured!  The first person to correctly complete the puzzle and email it to us will have their blog or Goodreads account featured on our sidebar and will also be mentioned in our Sunday Stumper post the following week.

END_OF_DOCUMENT_TOKEN_TO_BE_REPLACED

Saturday is a day for swooning. Swoon Worthy Saturday is a weekly meme hosted by Hazel at Stay Bookish where we present a fictional boy who has swept us off our feet, given us butterflies, made our heart do acrobatics and driven us absolutely crazy!

END_OF_DOCUMENT_TOKEN_TO_BE_REPLACED

Ok Warning: This is not book related and I will not try to relate it to books. This is me freely venting and if you judge I don’t care.

END_OF_DOCUMENT_TOKEN_TO_BE_REPLACED

Every Thursday, Chapter Breaks hosts That’s What HE Said Thursday.  This weekly meme allows bloggers to post a favorite line from a book boyfriend to his heroine (direct quotes only, not a physical description).  For more information about this meme, click here.

END_OF_DOCUMENT_TOKEN_TO_BE_REPLACED

Title: Anna and the French Kiss

Anna is looking forward to her senior year in Atlanta, where she has a great job, a loyal best friend, and a crush on the verge of becoming more. Which is why she is less than thrilled about being shipped off to boarding school in Paris–until she meets Étienne St. Clair. Smart, charming, beautiful, Étienne has it all…including a serious girlfriend.

But in the City of Light, wishes have a way of coming true. Will a year of romantic near-misses end with their long-awaited French kiss?

END_OF_DOCUMENT_TOKEN_TO_BE_REPLACED

Teaser Tuesdays is a weekly bookish meme, hosted by MizB of Should Be Reading. Anyone can play along! Just do the following:

END_OF_DOCUMENT_TOKEN_TO_BE_REPLACED

Top Ten Tuesday was created by The Broke and the Bookish.

END_OF_DOCUMENT_TOKEN_TO_BE_REPLACED 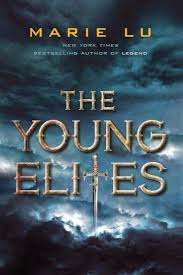 Adelina Amouteru is a survivor of the blood fever. A decade ago, the deadly illness swept through her nation. Most of the infected perished, while many of the children who survived were left with strange markings. Adelina’s black hair turned silver, her lashes went pale, and now she has only a jagged scar where her left eye once was. Her cruel father believes she is a malfetto, an abomination, ruining their family’s good name and standing in the way of their fortune. But some of the fever’s survivors are rumored to possess more than just scars—they are believed to have mysterious and powerful gifts, and though their identities remain secret, they have come to be called the Young Elites.

Teren Santoro works for the king. As Leader of the Inquisition Axis, it is his job to seek out the Young Elites, to destroy them before they destroy the nation. He believes the Young Elites to be dangerous and vengeful, but it’s Teren who may possess the darkest secret of all.

Enzo Valenciano is a member of the Dagger Society. This secret sect of Young Elites seeks out others like them before the Inquisition Axis can. But when the Daggers find Adelina, they discover someone with powers like they’ve never seen.

Adelina wants to believe Enzo is on her side, and that Teren is the true enemy. But the lives of these three will collide in unexpected ways, as each fights a very different and personal battle. But of one thing they are all certain: Adelina has abilities that shouldn’t belong in this world. A vengeful blackness in her heart. And a desire to destroy all who dare to cross her.

It is my turn to use. My turn to hurt.

END_OF_DOCUMENT_TOKEN_TO_BE_REPLACED

February has finally rolled around, which means that we’re finally kicking off our Harry Potter Read-A-Thon. Every Monday, I’ll be posting an update here at Brewing Up Books as to my own reading progress, as well as a discussion that you’re more than welcome to continue onto your blog.