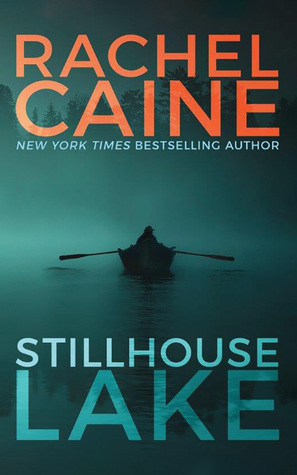 Gina Royal is the definition of average—a shy Midwestern housewife with a happy marriage and two adorable children. But when a car accident reveals her husband’s secret life as a serial killer, she must remake herself as Gwen Proctor—the ultimate warrior mom.

With her ex now in prison, Gwen has finally found refuge in a new home on remote Stillhouse Lake. Though still the target of stalkers and Internet trolls who think she had something to do with her husband’s crimes, Gwen dares to think her kids can finally grow up in peace.

But just when she’s starting to feel at ease in her new identity, a body turns up in the lake—and threatening letters start arriving from an all-too-familiar address. Gwen Proctor must keep friends close and enemies at bay to avoid being exposed—or watch her kids fall victim to a killer who takes pleasure in tormenting her. One thing is certain: she’s learned how to fight evil. And she’ll never stop.

Most readers utilize summer as an opportunity to catch up on light contemporary and romance books – the picture-perfect beach reads.  I, on the other hand, don’t enjoy the aforementioned genres and can’t go to the beach without burning like a lobster.  Instead, I’m beginning to associate summer with binge-reading thrillers each night after work.  Stillhouse Lake is my most recent read amidst a long string of thrillers, and I’m officially hooked.

After reading my fair share of thrillers, I felt like I was being beaten over the head with the classic Gone Girl storyline.  Gone Girl certainly helped to catapult the genre into the public spotlight, and it’s evident that many authors are trying to capitalize on that success by penning alarming similar works.  There are only so many times that plot can be resurrected and ever so slightly tweaked, and that threshold was surpassed several dozen novels ago.  Needless to say, I was ecstatic when Stillhouse Lake failed to conform to the Gone Girl mold, featuring a refreshingly original plot and cast of characters.

Readers are immediately thrown into the action at the beginning of Stillhouse Lake, and the unique, intriguing premise instantly piqued my curiosity.  The first 40 pages relayed an exhilarating and simultaneously horrifying flurry of events which completely desolated the protagonist’s seemingly average life.  Following the initial shock of these incidents, the book recounts the protagonist’s attempts to rebuild her life and protect her children while remaining outside of the public eye.  In stark contrast to the adrenaline-filled, heart-pounding introductory chapters, these chapters assume a considerably slower pace, setting the stage for later character development and plot points.  While I understood the necessity of this portion of the book, I found myself increasingly bored by the descriptions of mundane life accompanied by repeated relocations.  Fortunately, the second half of the book returned to the previous fast-pace that I had enjoyed, making for a compelling page turner.

I appreciated watching the plot unfold from the perspective of a paranoid yet incredibly determined and resilient protagonist.  Gina Royal demolishes the helpless, female protagonist stereotypes that are propagated by other thrillers, instead utilizing her less than desirable situation as an impetus to start a new life and devote every waking moment to protecting her children. She possessed both intelligence and common sense, which seem to be a dying combination of traits in the literary world.  The two in tandem result in a considerably more pleasant read – there’s little to no screaming at the main character for making careless, poorly-thought out decisions, like dashing outside alone and weaponless in the middle of the night to investigate a mysterious sound (cue horror movie soundtrack).  The absence of a helpless or abominable protagonist won me over almost immediately.

I enjoyed the raw accuracy with which the public was portrayed.  Instead of blatantly ignoring the social consequences surrounding Gina’s marriage to a serial killer, Caine crafted a believable, accusatory public that was quick to condemn Gina for her husband’s choices.  This added yet another element of realism to the plot, comprehensively emerging readers in the social backlash that could feasibly surround someone in Gina’s position.

Unfortunately, this book wasn’t completely immune to questionable and blatantly ill-advised decisions.  Most notably, near the conclusion of the book, a character with a bleeding head wound is permitted to embark on a thirty-minute hike up a mountain during a torrential downpour.  From a medical perspective – yikes!  All in all, none of these choices played a large role in the overall plot of the book.  Consequently, this was so minor of a complaint that it didn’t have a significant impact on my overall rating.

I was shocked by the novel’s final, unexpected twist.  A total of one hint was dropped throughout the course of the book, and it was so minute that I completely disregarded it while reading.  In all honesty, I would’ve been surprised if anyone had seen that ending coming.  To compound matters, Stillhouse Lake ended with a jaw-dropping cliffhanger.  And of course, I immediately ordered the second book in the series from Amazon.  Overall, this was my favorite thriller that I’ve read in quite a while, and I would recommend it to anyone who has an interest in the genre!